Y is for YHWH 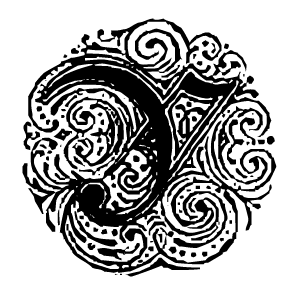 Remember how I said names were important? Well today’s post is a name so important, people wouldn’t even right the entire thing down. The writers of the Old Testament tried to demonstrate a respect and fear of the God they served by not actually saying His name or even writing it down. They held this particular name in such high esteem that to write it would be to lower it. Today many people still practice a form of this discipline by only writing G-d when referring to the God of Israel. Many Christians don’t hold the name with the same sacredness as part of a more intimate friendship with God.

The particulars of the name of God get interesting because the name was never fully written out or even spoken. In the original Hebrew manuscripts that record the early Old Testament, vowels are not used. At all. So translation was already a challenge except for the oral tradition (much of which is sung) by the priests and the rabbis who could help to guide the translation effort. But then we get to this name of God that isn’t written down completely or even spoken. Whenever the reader got to the name, they would simply say “The Lord,” which is why many versions of the Bible today have a little quirk where that word is written with small caps to help denote that the big name was being used. The first time that this particular name comes up is when Moses hears the voice of God of a bush that burns, but is not consumed.

“Moses said to God, ‘Suppose I go to the Israelites and say to them, ‘The God of your fathers has sent me to you,’ and they ask me, ‘What is his name?’ Then what shall I tell them?’

God said to Moses, ‘I am who I am. This is what you are to say to the Israelites: ‘I am has sent me to you.’

God also said to Moses, “Say to the Israelites, ‘The Lord, the God of your fathers—the God of Abraham, the God of Isaac and the God of Jacob—has sent me to you.’

‘This is my name forever,
the name you shall call me
from generation to generation.'”

The phrase is translated as “I am who I am” and the particular letters of the Hebrew alphabet that denote this name are Yod, Heh, Vav, Heh. It looks like this.

remember to read it from right to left.

Each of those letters are breath sounds and they form a back and forth rhythm that mirrors the breathing back and forth of air in the lungs. Yod, breath in, Heh, breath out, Vav, breath in, Heh, breath out. Given the fact that God breathes life into His creation and the same word in Hebrew is used for both breath and spirit, there is a wealth of symbolism behind this particular name of God. Because we lack the vowels for this name, it’s translated into two forms that are used extensively in the Christian tradition (since they allow themselves to use this name aloud). Jehovah, which in the Latin starts with an I, and the more recently accepted into common use, Yahweh, are both translations of the name that have found acceptance today.

Secretive names of a deity are not a new thing to roleplaying games at all. I played in a recent game where the secret name of the Raven Queen, something she had taken great efforts to wipe from the mortal world, was the driving force of the opposition in our first adventure. The rites and rituals that suround the very names of the holy is inspiring to me. If gods are simply elevated versions of our mortal selves, then they are somewhat lackluster, but if they are something much greater than all that, then even their name has to have some serious power behind it. What kind of means might a deity or their servitors take to protect that name, whether hiding it from knowledge or building in some kind of magical defense or taboo around it to keep it sacred? It’s an interesting direction to explore and takes something as simple as a name and makes it a driving, powerful force.

One response to “Y is for YHWH”